Have you ever heard of the morning star pattern?

If you’re interested in knowing how to identify the bottom of a downtrend, the morning star pattern is one of the best patterns to familiarize yourself with. Many technical analysts view it as a bullish sign since it typically signifies a trend reversal during downtrends.

In this guide, we’ll teach you how you can identify the morning star pattern and how you can use it to profit from trades in Binomo.

The morning star pattern is a completely visual pattern that you can identify by simply observing every three sessions. That’s right, three sessions are all you need in order to properly identify this specific pattern.

If you see a morning star pattern, that’s a clear signal that you should shift gears and go long. In fact, most traders use this pattern to determine when it’s safe to ride a developing uptrend. 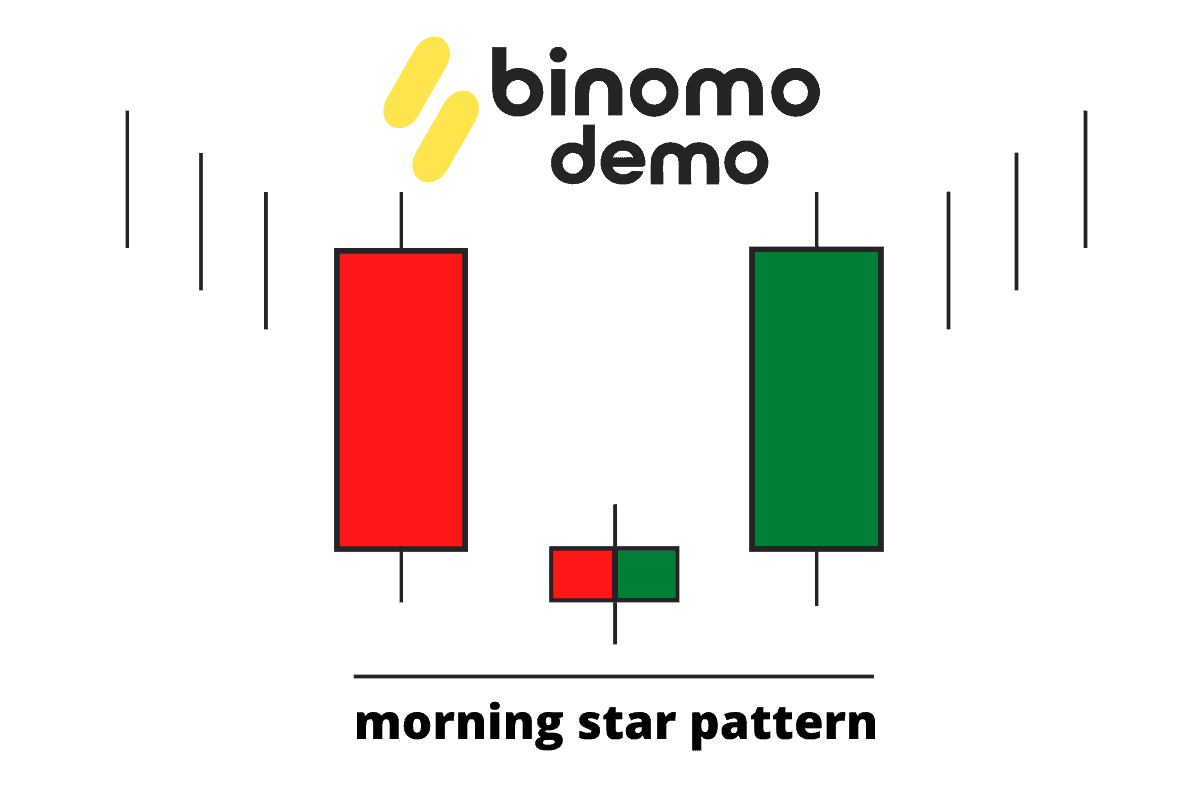 There are three things needed for a pattern to be considered a morning star.

How to interpret the morning star pattern

As mentioned above, the morning star pattern is great for identifying an oncoming trend reversal.

A good interpretation for this is as follows: as the charts go red due to the bearish market, eventually, it will all fall to a strong bull, as shown by the large-bodied bullish candle. But the bulls are starting to take over soon. The bears and the bulls will then fight for control, which we can see plainly thanks to the dojo in the middle of the pattern. Finally, the bulls manage to take over, completely reversing the trend.

In the chart above, you can see exactly how this pattern comes into play.

While trading the EUR/USD currency pair on a downtrend, I came across a large bearish candle followed by a much smaller doji. The fact that it’s a bullish candle suggests that the market is experiencing an indecision. This is further proven by the large bullish candle that eventually turns into a full-on uptrend.

This was done on a 5-minute interval trade, so three sessions mean that you need to hold your position for at least 15 minutes.

So, now you know how the morning star pattern works. If you manage to successfully familiarize yourself with this pattern, you’ll have a much easier time identifying trend reversals.

Make sure that you try this out by opening a free Binomo practice account! As with everything, you should always use your practice account first before trying out new strategies on the real account.